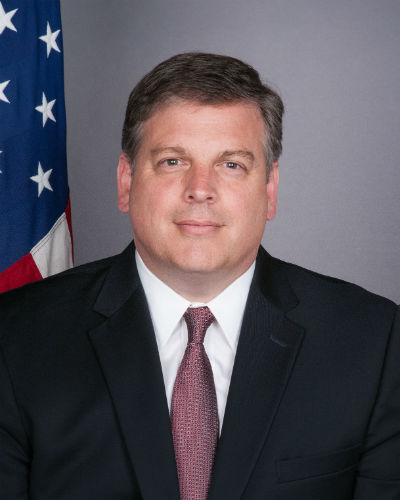 In statement sent to press, U.S. Consul General Donald Blome in Jerusalem, condemned the attack by Israeli settlers targeting a home in Douma village in northern West Bank. Right-wing Jewish extremist settlers near Nablus firebombed a Palestinian home on Thursday night, starting a fire which destroyed the house and burned a baby to death, as well as severely burning the baby’s four-year-old brother, mother and father. The baby who was killed in the attack was about 18 months old. He was identified as Ali Saad Dawabsha.

“My colleagues at the U.S. Consulate General in Jerusalem and I express our deepest condolences to the family and victims of last night’s vicious terrorist attack on a home in the West Bank village of Duma.

The United States strongly condemns this crime of hate, which killed a Palestinian toddler and critically injured members of his family.” Blome said in his statement.

He added” We note that authorities have directed security forces to use all means to apprehend the murders and bring them to justice forthwith, and urge that such steps be taken quickly to bring the perpetrators of this horrific attack to justice.”

During the attack on Thursday, another house was also set on fire by the attackers. Before leaving the village, the settlers also wrote racist graffiti on some walls near the attacked homes.