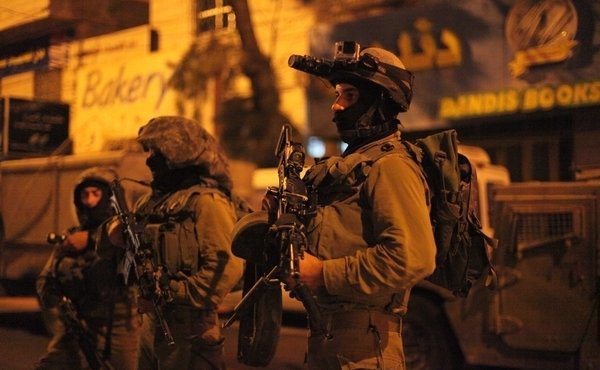 The soldiers also handed Ahmad Mahmoud Ja’ara, 15, and Abdullah Mahmoud Hammad, 16, military orders for interrogation in the Etzion military base, south of Bethlehem.

Former political prisoner, Mohammad Taleb Dar’awy, from the Shawawra village, east of Bethlehem, was also summoned for interrogation. He was released only three days ago, after being imprisoned for thirteen years.

In Jerusalem, soldiers kidnapped Fadi Bakeer, one of the guards of the Al-Aqsa Mosque, and a mosque official in charge of manuscripts, identified as Radwan ‘Amro, in addition to a third young man who remained unidentified until the time of this report.

Resident Anas Hussein Darawsha, 26, from ‘Awarta village, was kidnapped on the Huwwara roadblock, and Anas Fawzi Ziyada, 20, was taken prisoner from his home in Madama village, south of Nablus.

Furthermore, soldiers kidnapped a Palestinian, identified as Soheib Abdul-Rauf at-Teety, 18, after searching his family home in the al-Fawwar refugee camp, south of Hebron.

Local villagers said the army is trying to push them out of their lands to expand the Avigail illegal outpost.

In addition, soldiers invaded various neighborhoods in Hebron city, and installed several roadblocks in the Old City and its northern entrance, in addition to the main entrance of Sa’ir town, east of Hebron.

The soldiers stopped and searched dozens of cars, and investigated the ID cars of the passengers.