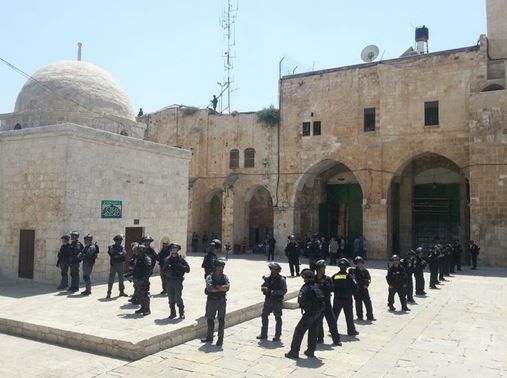 Israeli soldiers attacked, on Tuesday morning, dozens of Palestinians in the Al-Aqsa Mosque courtyards, in occupied East Jerusalem, and kidnapped eight Palestinians, including two children. At least two were injured, and hospitalized.The assaults took place after dozens of Israeli fanatics stormed the courtyards of the mosque, under heavy police and army protection, while carrying Israeli flags, and harassed dozens of worshipers.

Two mosque guards, identified as Suleiman Abu Mayyala and Ahmad Badran, were moved to a Palestinian hospital in occupied Jerusalem, after the soldiers violently assaulted them.

The WAFA News Agency said dozens of Israeli extremists, accompanied by soldiers and officers, stormed the mosque compound, and conducted provocative acts against the Palestinians, in addition to chanting racist slogans.

One of the fanatics raised the Israeli flag near the Dome of the Rock, before local worshipers attacked and beat him; the police removed him and started assaulting the worshipers.

In addition, extremist Israelis attacked many Palestinian women, who received orders denying them access to the mosque.

The women were protesting near the Chain Gate, demanding to be allowed into the Mosque. 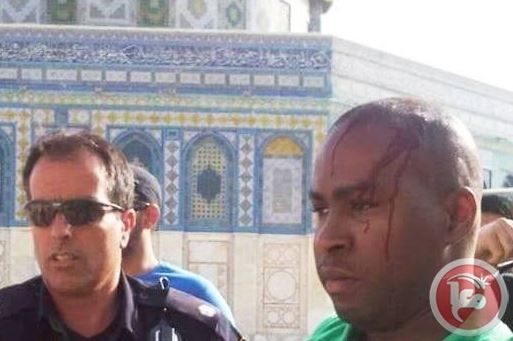