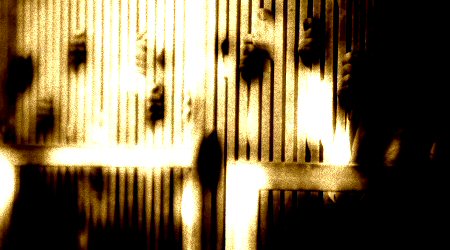 Muhammad Allan entered his 50th day of hunger strike, Wednesday, as the al-Asra Prisoner’s Center for Studies called for action to release the detainee, who is being held under administrative detention.Allan, 33, is suffering from extremely low blood pressure and is currently unable to move, the center said, adding that he has lost a lot of weight.

Another detainee, Abd al-Rahman Othman from Nablus, entered his 25th day on hunger strike to protest his solitary confinement in Eshel jail. He has been held in isolation for two years, the group said, according to Ma’an News Agency.

The al-Asra Prisoner’s Center for Studies called for international action to force Israel to respond to the hunger strikers’ demands.

The law, which passed by 46 votes to 40, ‘will be used only if a doctor determines that the continued hunger strike will create an immediate risk to the life of a prisoner or long-term damage to his health,’ David Amsalem of the ruling Likud party said.

A Knesset press statement said that a court will have to review the ‘prisoner’s mental state, the dangers of force-feeding via a feeding tube and its invasive nature, the prisoner’s stance on the matter and other considerations.’
Israel recently released Khader Adnan following a 56-day hunger strike. His strike, which brought him near death by the time it concluded last month, was the second he had undertaken, following a 66-day long hunger strike in 2012 that also ended in his release.