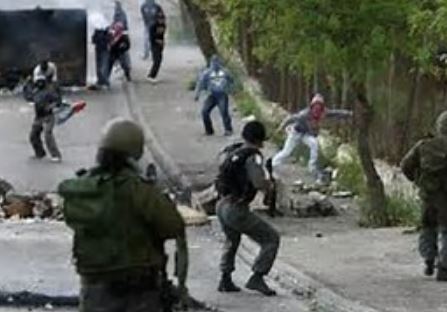 Palestinian medical sources have reported, on Thursday at night, that eight Palestinians, including a pregnant woman, have been injured, after dozens of Israeli soldiers invaded Biddu village, northwest of occupied Jerusalem, and clashed with local youths.The sources said that three Palestinians were shot with rubber-coated metal bullets, and five other, including a pregnant woman, suffered the effects of tear gas inhalation.

The clashes erupted after the soldiers stormed, and violently searched the home of Raed Mohammad Badwan, 46 years of age.