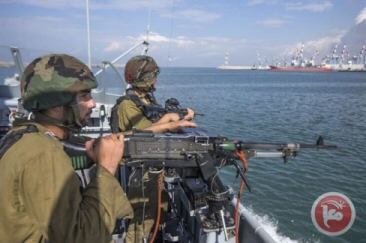 He said that Israeli gunboats approached their fishing boats while they were sailing within the six nautical mile fishing zone.

An Israeli army spokeswoman said she was ‘looking into the incident’.

At least three Palestinian fishermen have been shot dead by Israeli forces since last September.

However, the zone’s exact limits remain ambiguous and rights groups say Israeli authorities have not respected the agreement.