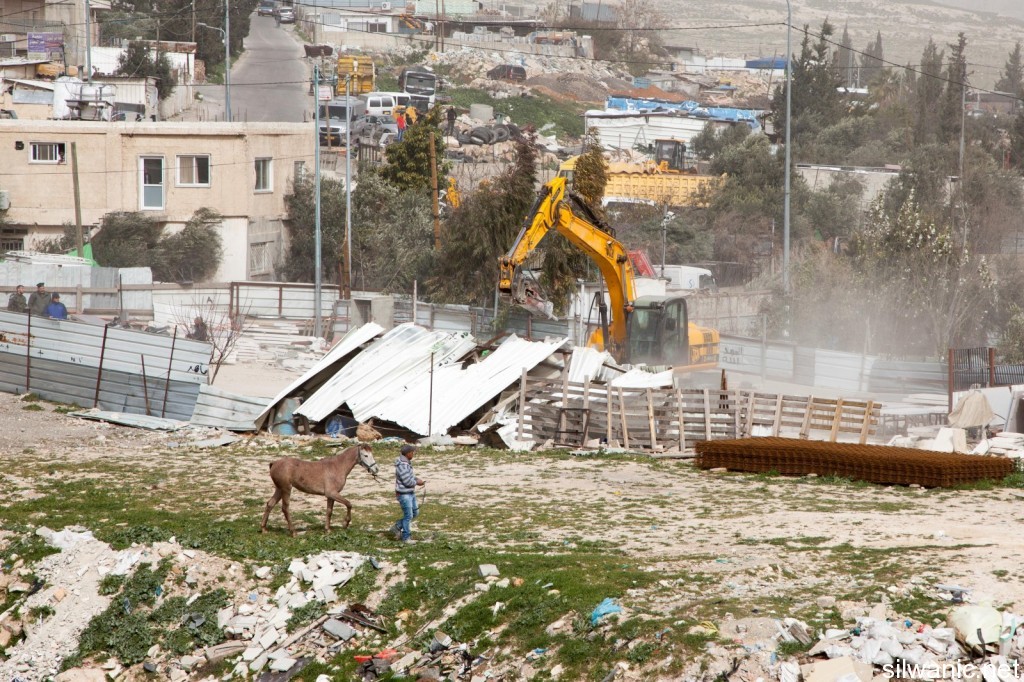 The Israeli army demolished, on Tuesday morning, a commercial building in the Industrial Zone, north of occupied East Jerusalem, after surrounding the entire area.Several Israeli vehicles, accompanied by army bulldozers, surrounded the area and declared it a closed military zone, before demolishing a building that belongs to resident Mazen Abu Diab, the Wadi Hilweh Information Center has reported.

Part of his building was constructed in 1971, and he added 100 square meters to the building, two years ago.

The demolished building was a three-story building of 220 square meters, composed of four rooms, in addition to two meeting halls and their facilities.

Abu Diab was conducting final preparations to prepare it for office use.