Israel Says It Arrested A Senior Hamas Fighter From Rafah 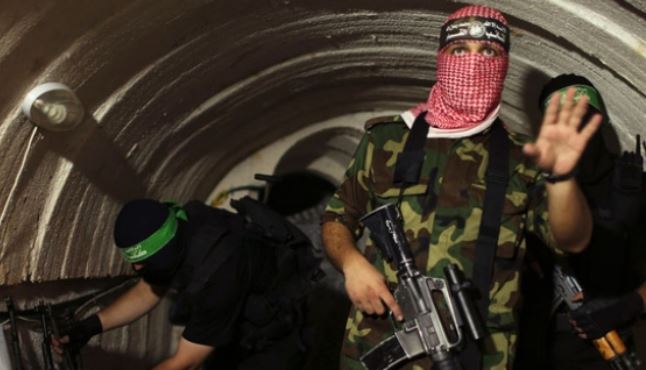 The Israeli Security Service (Shabak) has reported that the army arrested, earlier in July, a senior Hamas fighter, allegedly responsible for digging tunnels across the border, and various other military activities, including explosives and military training.It said the Palestinian, Ibrahim ‘Adel Shehada Sha’er, 21 years of age, from Rafah in the southern part of the Gaza Strip, was indicted in mid-July, and that he “revealed essential information during interrogation, especially info about Hamas, its “emergency plans,” and “the movement’s intention to use tunnels in attacking Israel.”

The District Court in Beersheba (Be’er as-Sabe’) held a session in which the Israeli prosecution presented an indictment that includes “membership with an illegal organization,” “attempted murder,” “contacting a foreign agent,” “conducting military trainings,” in addition to various charges, related to weapons and explosives.

According to the Shabak, Sha’er admitted during interrogation that he has lately started working on digging border tunnels for Hamas, extending for Rafah to the Karem Abu Salem (Kerem Shalom) border crossing and military base.

It also claimed that the fighter provided information about locations of border tunnels in Rafah, and regarding persons who participated in planning and digging the tunnels.

According to the report, the fighter also provided information regarding “the new street paved by Hamas close to the border fence,” allegedly planned “to be used in sudden attacks against Israeli military targets.”

The fighter is also reportedly involved in training fighters on combat techniques, weapons and explosives, and participated in logistic and field support to Hamas fighters, especially in planting explosives and mines during the Israeli aggression on Gaza last summer.

The Israeli report also said Sha’er has strong ties with senior Hamas leaders, and that he told the interrogators about “relations between Hamas and Iran,” including Iranian military support.

It added that the Iranian support to Hamas includes transferring money, weapons, and advanced technologies, including technical capabilities that could disrupt the work of Israeli drones and down them.

In addition, the report claimed that Sha’er spoke about the “elite forces,” of the Al-Qassam Brigades of Hamas, and “the movement’s capabilities in shells, anti-aircraft missiles, and its ability to photograph targets as far as three kilometers (1.864 miles) away.”