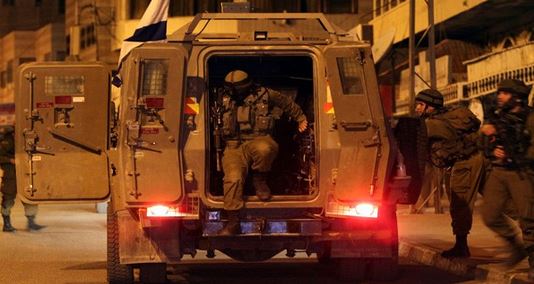 Israeli soldiers kidnapped, on Tuesday evening, a young Palestinian man from Beit Ummar town, north of the southern West Bank city of Hebron, as he was trying to cross the al-Karama border terminal.Coordinator of the Popular Committee against the Wall and Settlements in Beit Ummar, Mohammad Ayyad Awad, said the soldiers kidnapped a former political prisoner, identified as Mahmoud Khaled Ekhlayyel, 21, as he was heading to Jordan.

Awad said the cars were lined up behind the roadblock causing a huge traffic jam, extending at least two kilometers (1.24 Miles).