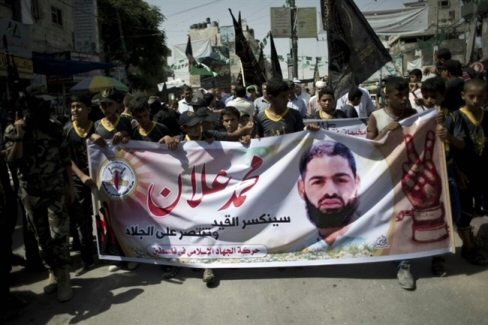 Palestinian hunger striker Mohammad Allan was in a medically induced coma on Thursday, Palestinian Authority officials and doctors said, a day after Israel lifted his administrative detention order due to his medical condition.A Barzilai hospital spokeswoman said that doctors had put the 31-year-old into a coma, due to his deteriorating condition on Wednesday.

According to Ma’an News Agency, the medically-induced coma reportedly took effect shortly before a court ruling temporarily ended his administrative detention that day, meaning Allan was not conscious at the time of the decision.

The PA Committee for Prisoners’ Affairs confirmed that Allan has re-entered a coma and is in critical condition, without providing further details.

Israel’s High Court late Wednesday temporarily ended Mohammad Allan’s administrative detention, but ordered him to remain in hospital pending a final decision on his case, which has sparked intense debate among both Israelis and Palestinians.

He was said to be suffering brain damage, apparently due to a vitamin deficiency caused by his hunger strike. It was unclear whether the damage was permanent.

The hunger striker regained consciousness on Tuesday after being in a coma more than four days.
Over the past week, Allan has refused several offers put forward by Israel in return for an end to his hunger strike.

Additionally, Israeli authorities on Monday had offered to free Allan if he leaves the country, which was rejected outright by his lawyer.

Around 400 Palestinians are now held in administrative detention, and detainees have regularly gone on hunger strike to protest.