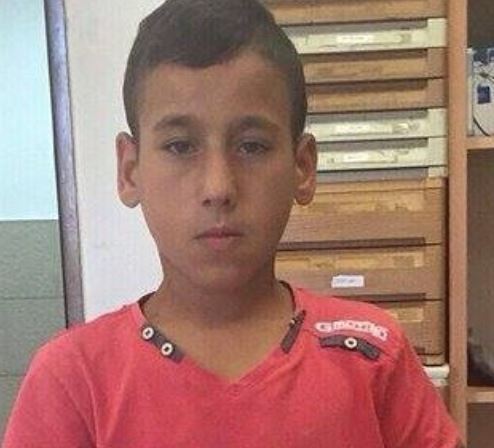 Israeli police officers kidnapped, on Monday evening, a Palestinian child, and a teenager, in Silwan town, south of the Al-Aqsa Mosque, in occupied East Jerusalem.The Wadi Hilweh Information Center in Silwan (Silwanic) has reported that the police kidnapped Mohammad Nour Abu Naab, 13 years of age, and Haitham Daoud Barakat, 17, and took them to a police station in the city.

Lawyer of the Wadi Hilweh Information center said he visited the detained Palestinians, and learnt that the army is claiming ‘the two hurled stones on settlers’ cars.’

The lawyer added that the police broke into a workshop in the Central Neighborhood in Silwan, kidnapped the two, and moved them to the Police Station in Salaheddin Street.

The child said the officers were shouting at him, and treating him in a very rough manner, before moving him, and Barakat, to their station for interrogation.