US Court: Palestinians Must Pay $10m to Americans Killed in Israel 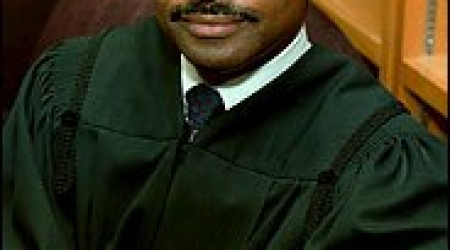 Palestinian authorities found liable in a high-profile lawsuit over Americans killed in terrorist attacks must pay $10m in cash – and an additional $1m monthly payment while the case is on appeal – to secure the hundreds of millions awarded by a jury, a US judge said on Monday.The Guardian/Al Ray reports that, in ordering the security payment, Manhattan federal judge George B. Daniels said he had given significant thought to a motion filed this month, by the US State Department, to argue a high bond which could threaten the stability of the region by straining the cash-strapped Palestinians.

The payment also mirrored the amount proposed by a lawyer for the Palestinian Liberation Organization (PLO) and the Palestinian Authority (PA), who argued that forcing the Palestinians to front an expensive bond payment would have dire human costs for the people living in the territories.

“Respectfully, a million means a lot to the Palestinian Authority,” Mitchell Berger told the judge, noting that the amount could cover welfare for 9,500 families or build one school in Gaza.

Kent Yalowitz, a lawyer representing victims and survivors of attacks that killed 33 people and injured hundreds more, had asked that the Palestinians pay $20m, describing the ordered payment as a “rounding error” for them. He has said the Palestinian Authority has more than enough funds to make a higher bond payment, arguing it spends $60m annually on paying Palestinians held in Israeli prisons.

“I’m disappointed in the amount,” he said. “I’m eager to get the appellate process completed.”
If the Palestinians pay $10m to the court by next month and then continue to make $1m monthly payments, the jury-awarded damages will not be collected until the appeals court rules in the case, Daniels said.

A jury awarded $218.5m in damages this year in a lawsuit brought by victims and survivors of a series of bombings and shootings in Israel from 2002 to 2004. The damages were automatically tripled by the US Anti-Terrorism Act.

Lawyers for the Palestinians have vowed to appeal.