US Congresswoman Asks for Halt on Military Aid to Israel 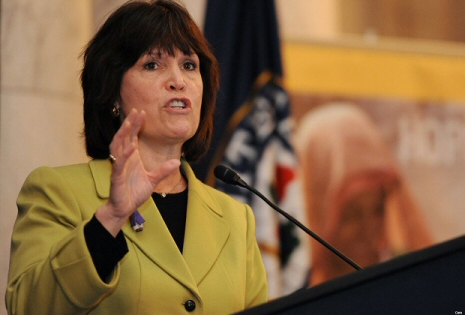 US congresswoman Betty McCollum has asked the State Department to investigate whether the unlawful killing Palestinians should deprive Israel of US military aid.In a letter to the State Department officials last week, the Minnesota Representative said that the deaths of Nadim Nowarah and Mohamed Odeh, in May of 2014, demonstrated the “brutal system of occupation that devalues and dehumanises Palestinian children.”

The two Palestinian youths, aged 16 and 17, were killed when Israeli troops assaulted a peaceful protest outside the West Bank city of Ramallah during the Nakba Day, an annual commemoration of Palestinian forceful displacement by Zionist in 1948.

“It is time for a strong and unequivocal statement of US commitment to the human rights of Palestinian children living under Israeli occupation,” McCollum wrote in the August 18 letter, which was released to the public on Monday, according to Days of Palestine.

McCollum urged State Department officials to determine whether the killing of the teens was in violation of the Leahy Act.

The Leahy Act is a US human rights law that prohibits the State and Defence departments from providing military assistance to foreign military units that violate human rights with impunity.

In a CCTV video posted by the Palestine division of Defence for Children International, a global NGO, appears to show one teen being shot as he walked by a gas station after the protest had subsided.

The second Palestinian teen appears to have been shot shortly afterwards.

Initially, the Israeli occupation army maintained that only nonlethal dispersal methods were used by troops during the Nakba Day demonstration.

An autopsy performed by Palestinian and Israeli pathologists in June, however, found that Nawara was almost certainly killed by live fire, most likely from an Israeli weapon.

Following the announcement of autopsy outcomes, an Israeli military investigation into the shooting, carried out following the autopsy, found that an Israeli border policeman had illegally used live ammunition during the protest.