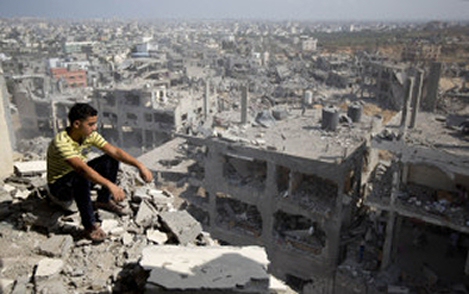 More than 80,000 people in the UK, to this moment, have signed a petition calling for the arrest of Israeli Prime Minister Benjamin Netanyahu for war crimes against Palestinians.The petition aims to reach 100,000 signatures by a deadline of February 7, 2016, according to the PNN.

The online petition, uploaded on August 7 to the UK parliament’s official website, demands the apprehension of Netanyahu for the slaughter of thousands of Palestinians during the Israeli military’s 51-day military aggression against the Gaza Strip last year.

The petition garnered 60,454 signatures, as of Sunday morning.

“Under international law, [Netanyahu] should be arrested for war crimes upon arrival in the UK for the massacre of over 2,000 civilians in 2014.”

The Israeli Ministry for Foreign Affairs said, in a statement, that the petition has “no real meaning,” adding, “Bilateral ties between Britain and Israel are closer than ever before.”

Israel unleashed its military onslaught on the Gaza Strip in early July 2014. The offensive ended on August 26, 2014, with a truce that went into effect following indirect negotiations between representatives from Palestinian resistance movement Hamas and Israeli regime in the Egyptian capital, Cairo.

In May of 2014, Netanyahu’s former driver was officially indicted in the Jerusalem District Court for hundreds of sexual assaults and rapes against six minors, mostly relatives of his.