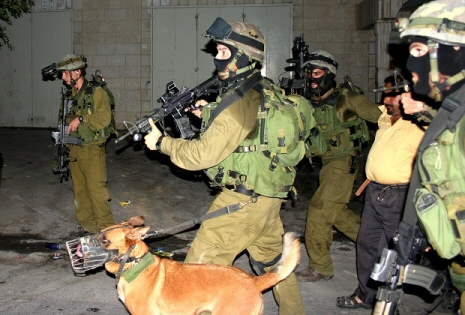 Israeli forces kidnapped, on Wednesday, 32 Palestinians citizens in several cities and villages across the occupied West Bank.Families reported that forces took six Palestinians in Nablus, three in Bethlehem, two in Ramallah, and one in Jericho.

A rights group said that soldiers stormed the village of Salem and arrested six Palestinians, according to Days of Palestine.

Relatives of the detainees said that forces stole money and jewelry from the house during the raids.

During the raid on Azmout, witnesses said, soldiers damaged a private vehicle belonging to Abdul-Jalil Salah, after ransacking his home.

Palestinian sources said that forces additionally detained eight Palestinians in the village of Husan, to the west of Bethlehem.