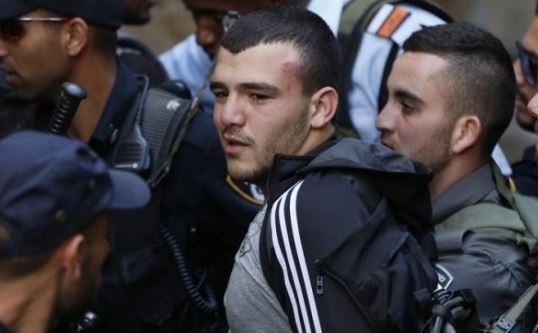 Israeli soldiers kidnapped, on Wednesday at night, the son of former political prisoner, Ibrahim Salah, in al-Khader town, south of Bethlehem, and his brother, and handed his other brother an order for interrogation.Several Israeli military vehicles invaded the town, and surrounded the home of former political prisoner Ibrahim Salah, 55, after kidnapping him in Jerusalem, allegedly after he stabbed a soldier in Bab al-‘Amoud, in Jerusalem.

The soldiers kidnapped Khaled Ibrahim Salah, 25 years of age, and his uncle Mohammad Khalil, 63, and handed Taher Salah a warrant for interrogation at the Etzion military base, south of Bethlehem.

It is worth mentioning that the army have kidnapped 32 Palestinians, in different parts of the occupied West Bank Wednesday.