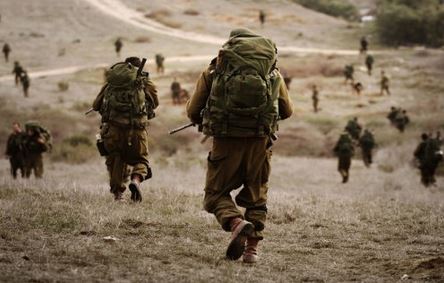 Dozens of Israeli soldiers invaded, on Sunday morning, the ar-Ras al-Ahmar area, east of the central West Bank city of Tubas, and displaced 14 families, so that the army can conduct a five-day training drill.Head of the Wadi al-Maleh and Bedouin Tribes Local Council ‘Aref Daraghma said the soldiers surrounded the entire area, declared it a closed military zone and displaced the fourteen families.

Daraghma added that the army said its training would last five days, from six in the morning until twelve at noon.

The army frequently displaces Palestinian families, especially Bedouin families that depend on their livestock as their only sources of income, in order to conduct live-fire military training in the Jordan Valley, the countryside of the southern West Bank district of Hebron, and various other areas.

On Sunday August 9, a Palestinian child was seriously injured after an unexploded ordnance (UXO) left behind by the Israeli army exploded in the city of Hebron.