Israeli forces attacked a protest rally by Palestinian Christians following mass on Sunday. Priests, patriarchs and other church leaders marched with crosses to the site of renewed work on the apartheid wall in the Christian majority town of Beit Jala, in the occupied West Bank.Two church members were arrested by Israeli authorities, while many more suffered from the effects of tear gas inhalation.

The march, the most recent in a string of protests, moved through neighborhoods in the Bethlehem-district town where Israeli forces have started new work on the separation wall, which is illegal under international law.

Protesters also condemned the nearby illegal Israeli settlements of Gilo and Har Gilo, which are scheduled to be expanded as the construction on the wall goes ahead.

According to local journalist Bassam Shweiki, the demonstration focused on the confiscation of about 3500 donums of Palestinian lands planted with ancient olive trees, some of them dating back to the days of Jesus.

In addition to members of the local committees against the Wall and settlements; the demonstration was also attended by his eminence Patriarch Michael Sabbah, representatives of Palestinian political parties and the Governor of Bethlehem.

Israeli forces shot tear-gas and concussion grenades at protesters and physical altercations broke out between Israeli forces attempting to suppress the protest.

Patriarch Michel Sabbah, the former head of the Latin Church addressed the participants, stating ‘This is our land, and will always remain ours. They claim it’s their land, but they use their soldiers, their tanks, their military occupation to force their will – and it is not their land. It is our land, and one day their forces will withdraw and the land will return back to its indigenous Palestinian owners.’

Sabbah also stated, ‘The message to the Christian world, the international community and the Arab world is that this Holy Land is burning, dying and being destroyed, and if you really care about justice and equality, you have the obligation to stop this war, killing and destruction.’

Sabbah urged the world to support the people of Beit Jala in their battle against the separation wall and called on the Palestinian Authority to bring attention to Israeli violations against Palestinians.
Nearly 60 kilometers of the wall already cuts through the Bethlehem governorate and is built on Palestinian land, according to the UN Office for the Coordination for Humanitarian Affairs.
Israel’s High Court ruled in April that the work must stop and told the government to consider alternative routes.

However, on July 6 the court reversed the decision, ruling that the previous ban referred only to an area of a few hundred meters alongside a monastery in the town’s Cremisan Valley.

Another speaker was Walid Assaf, with the Nonviolent Popular Committee against the Wall and Settlements. He said that this protest comes in opposition to illegal land theft by the Israeli settlers, and these protests will continue until the Palestinian people achieve their legitimate rights. He referenced Israeli court decisions regarding the route of the Wall in Beit Jala, as well as a ruling by the International Court in the Hague challenging the Israeli takeover of Palestinian land. His organization is planning an international conference to bring together supporters, academics and religious leaders to continue the work against the illegal Israeli annexation of Palestinian land.

Assaf added that details of Israel’s confiscation of Palestinians land in Beit Jala ought to be submitted to the International Criminal Court.

Mazin Qumsiyeh, a popular resistance activist, said that the separation wall would destroy nature in the area by uprooting of trees and plants necessary for its expansion.

Earlier this month, European Union missions in Jerusalem and Ramallah said they were ‘concerned’ about the renewed construction work in Cremisan, noting that it will directly affect the livelihoods of 58 families.

A 15-member delegation of European Union diplomats later visited Beit Jala to assess the situation. Local Christian landowners said that construction of the wall could ultimately force them to emigrate and ‘cleanse’ the area of its Christian residents.

Israel began building the separation wall with concrete slabs, fences and barbed-wire inside the occupied West Bank in 2002 at the height of the Second Intifada, or uprising, claiming that it was crucial for security.

The International Court of Justice ruled in 2004 that construction of the wall was illegal and, like the UN General Assembly, demanded that it be dismantled.

Palestinians, many of whom refer to it as the ‘apartheid wall,’ say the wall is a land grab, pointing out that when complete, 85 percent of it will have been built inside the West Bank.

The wall has already completely cut off occupied East Jerusalem from the rest of the West Bank.
The Applied Research Institute in Jerusalem says the wall will effectively annex around 13 percent of the total area of the West Bank.

Palestinians living in the Bethlehem district have already lost a substantial amount of land due to the wall and the expansion of 19 Jewish-only settlements and outposts in the area. 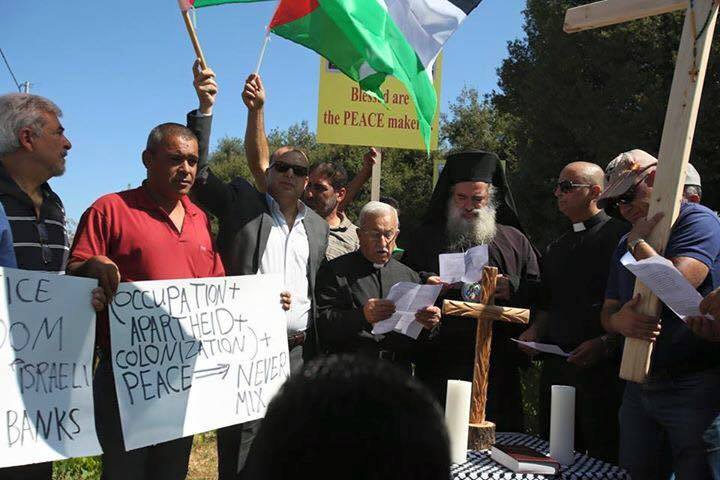 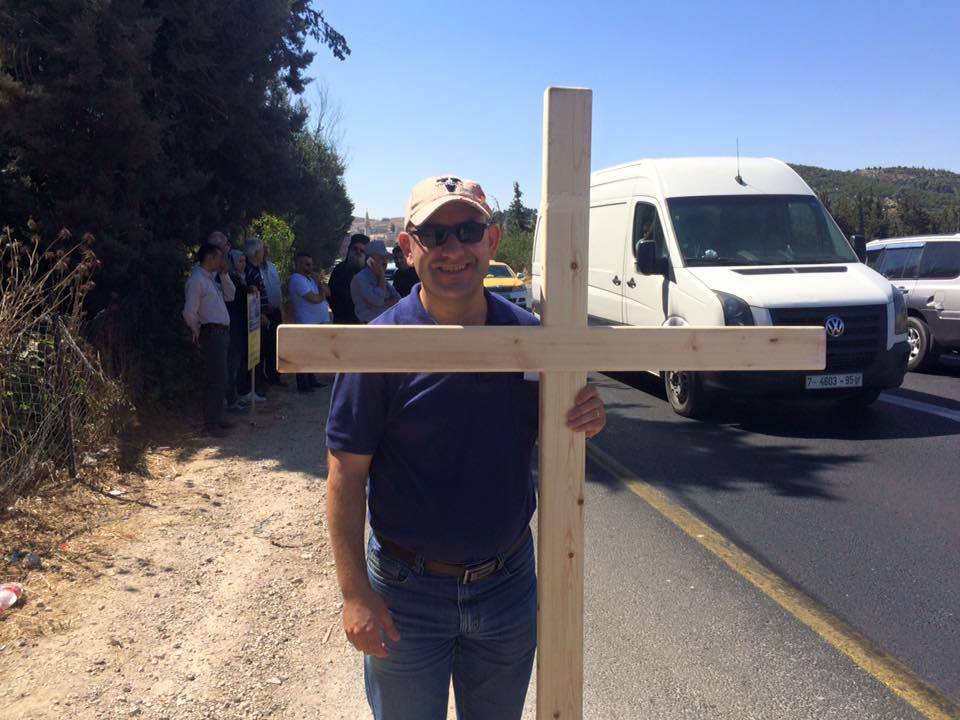 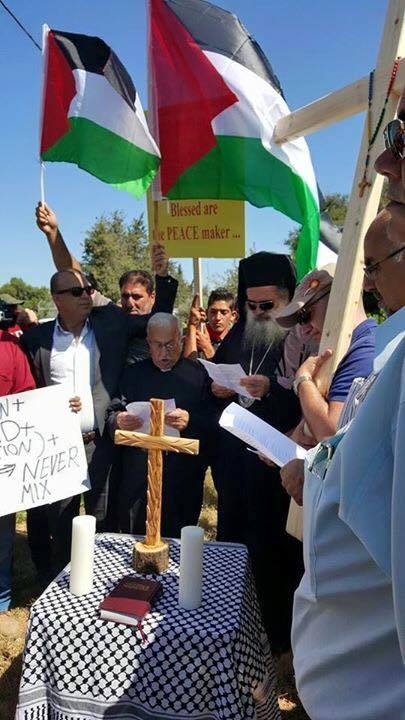