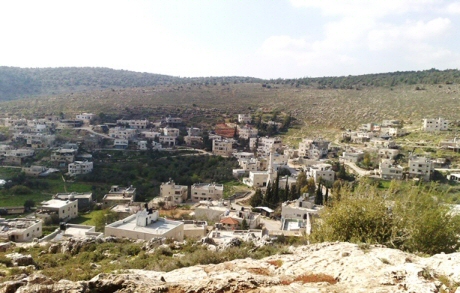 Ongoing Israeli drilling works, including detonation of rocks, near the village of Wadi Fukin, to the west of Bethlehem, may put the lives of nearby Palestinians at risk, according to village mayor Ahmad Sukkar.Sukkar said, recently, that renewed drilling work by the Israeli authorities in the area also involve the use of heavy explosives to detonate rocks. This, according to him, has put the lives of many Palestinians as well as their properties and homes at risk, as a great amount of stone shrapnel splattered and fell near homes during detonation of rocks.

According to WAFA, the mayor also said that detonations work have badly affected water resources in and outside the village, and the outcomes are much worse given the nature of the village and the fact it relies heavily on agriculture.

The village is just close to Beitar Illit illegal settlement, one of the largest and most rapidly growing Israeli settlements in the West Bank. The settlement was established in 1984 on the lands of the Palestinian village of Husan.

Settlement activities in the Occupied Palestinian Territories and the Golan Heights, both occupied since 1967, are considered illegal under international law.

B’Tselem the Israeli human rights group said, “The settlements have been allocated vast areas, far exceeding their built-up sections. These areas have been declared closed military zones by military orders and are off limits to Palestinians, except by special permit. In contrast, Israeli citizens, Jews from anywhere in the world and tourists may all freely enter these areas.”