Gaza Could Be Uninhabitable In 5 Years, UN Report Warns 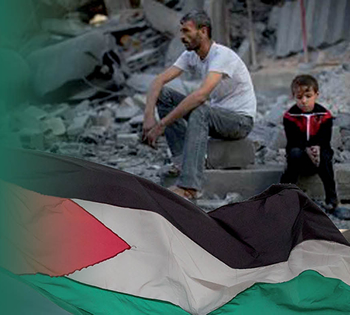 A new report by the UN Conference on Trade and Development (UNCTAD) found that under current conditions, the Gaza Strip, home to 1.8 million Palestinians, will become uninhabitable within the next five years.The report states that ‘The social, health and security-related ramifications of the high population density and overcrowding are among the factors that may render Gaza unliveable by 2020’.

The UNCTAD report, entitled ‘Assistance to the Palestinian people: Developments in the economy of the Occupied Palestinian Territory’, was released today.

The report examined the current conditions in the coastal strip, and found that Gaza could become uninhabitable by 2020 due to ongoing de-development, eight years of economic blockade and three military operations in the past six years.

Last year’s invasion by the Israeli military ‘ravaged the already debilitated infrastructure of Gaza, shattered its productive base, left no time for meaningful reconstruction or economic recovery and impoverished the Palestinian population in Gaza,’ the report said.

The report also called for an end to the Israeli siege on Gaza, stating, ‘Short of ending the blockade, donor aid… will not reverse the ongoing de-development and impoverishment in Gaza.’

According to the UN Report, socio-economic conditions in Gaza today are currently ‘at their lowest point since 1967,’

In addition to the 500,000 people who have been displaced in Gaza as a result of the most recent military operation in 2014, the report estimates significant economic losses, including the destruction or severe damage of more than 20,000 Palestinian homes, 148 schools and 15 hospitals and 45 primary health-care centres.