Including A Father and His Son, Army Kidnaps Four In Jericho 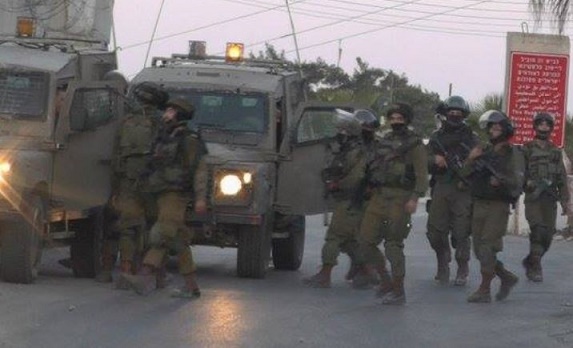 Israeli soldiers kidnapped, on Tuesday at dawn, four Palestinians, including a father and his son, in the West Bank district of Jericho.The Jericho office of the Palestinian Prisoners Society (PPS) has reported that the soldiers invaded, and violently searched several homes, and interrogated many residents before kidnapping four.

The four have been identified as Fakhr ‘Awadhat, 52, and his son Saddam, 20, in addition to Mohammad Bassem Hmeidat, 20, and Rafat Mahmoud ‘Ata.

Earlier on Tuesday, soldiers kidnapped at least nine Palestinians in different districts of the occupied West Bank, during various military invasions, and searches of homes.

Army Fires Shells Into Two Homes, Demolishes A Store And Walls In Jenin