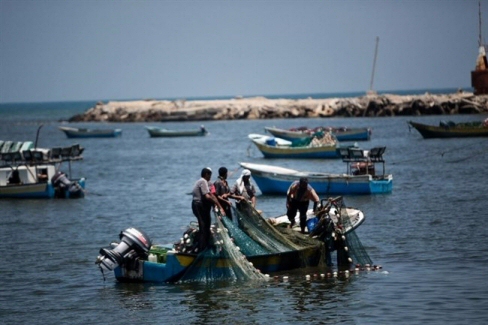 Israeli forces shot and injured a Palestinian child near the shores of the Beit Lahiya village in the northern Gaza Strip, medics said.Medics told Ma’an News Agency that Bilal Abu Amro, aged 11, was shot in the thigh while he was with his father, a fisherman.

He was taken to Kamal Adwan hospital for treatment.

An Israeli army spokesperson told Ma’an they were unaware of the incident.

.
Palestinian fishermen making a living off of the shores of the besieged Gaza Strip face daily risks, including routine harassment from Israeli naval forces, confiscation of boats and materials, detention, and potentially death.

At least three Palestinian fishermen have been shot dead by Israeli forces since September. Israeli forces often allege that fishermen deviate from the designated fishing zone and pose a security threat.

The exact limits of the zone set by Israeli authorities are often ambiguous, and authorities have not abided by the fishing zone agreed upon in last summer’s ceasefire agreement, rights groups say.

The attacks come despite Israeli promises at the end of last summer’s ceasefire to ease restrictions on Palestinian access to both the sea and the border region near the ‘security buffer zone’.

On July 31, Mohammad Hamid al-Masri, 17, was shot by Israeli forces and died instantly north of Beit Lahiya near the border fence.