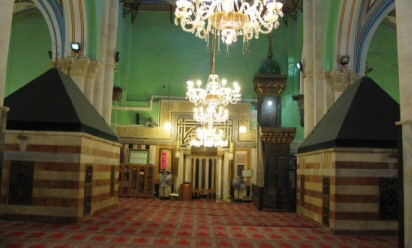 Israeli authorities, on Tuesday, announced that they will close the Ibrahimi Mosque, in Hebron’s old city, to Muslim worshipers, for six days during September, under the pretext of ‘Jewish occasions’, PNN reports.Head of the mosque, Munther Abul-Feelat in a press release said that Israeli authorities decided to close down the mosque for 14, 15, 17, 23, 29 and 30 September, for Jewish celebrations, where only Israeli settlers will be allowed to enter it.

Abul-Feelat added that Israeli forces prevented the Azaan (call to prayer) 51 times, during the month of August.

Baruch Goldstein, an extremist settler from the illegal settlement of ‘Kiryat Arba’ settlement, who holds US and Israeli citizenship, opened machine-gun fire at Muslim worshippers during prayer. He killed 29 people and injured 135. On the same day outside the mosque, the Israeli army opened fire towards fearful and panicky worshippers, killing at least ten civilians.

The mosque is regularly closed down by Israeli forces under the same pretext, but Jewish settlers are given full privilege to break into the mosque whenever desired.

Soldiers set checkpoints at the entrances of the mosque, and worshipers are fully inspected on the gates.