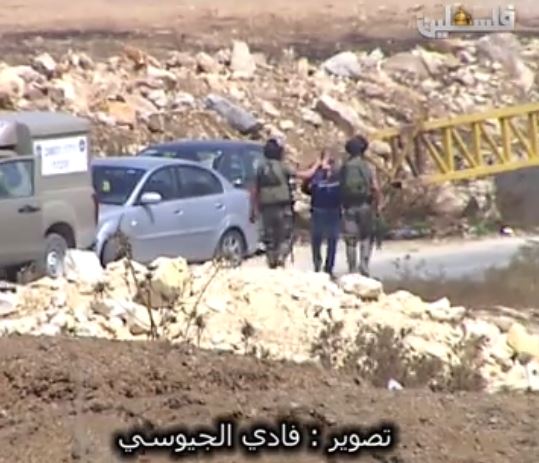 Israeli soldiers used excessive force against nonviolent protesters at the weekly protest against the Wall and settlements, in Nabi Saleh village near the central West Bank city of Ramallah, wounding many, and detaining five, including the lead news anchor of Palestine TV. Scores of protesters suffered the effects of tear gas inhalation, while many others were injured by Israeli rubber-coated metal bullets.

The nonviolent march started from the center of the village, with the participation of Israeli and international solidarity activists.

The soldiers assaulted the protesters, firing gas bombs, rubber-coated metal bullets and concussion grenades, and kidnapping Mahmoud Zawahra, Jamil Barghouthi, Mohammad al-Khatib, and Lama Nazeeh. They were released hours after their abduction, while the army threatened to imprison them should they continue participating in the weekly protests.

While the soldiers were engaging in violence against the local protesters, dozens of Israeli extremists marched from a nearby illegal colony, heading towards Nabi Saleh, while chanting racist slogans. The army did not intercept or detain any of the right-wing Jewish Israeli settlers involved in the provocative action. 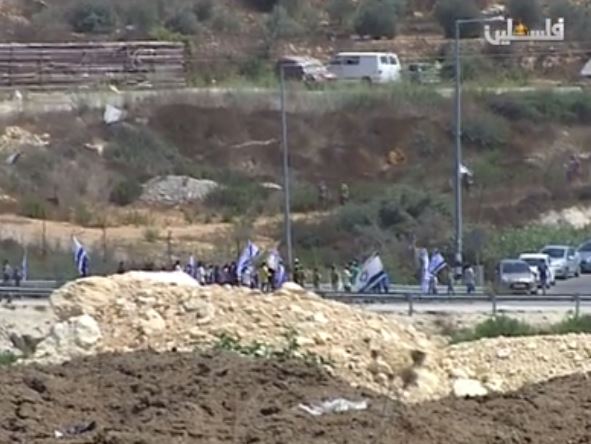