Army Kidnaps Child And A Young Man In Hebron 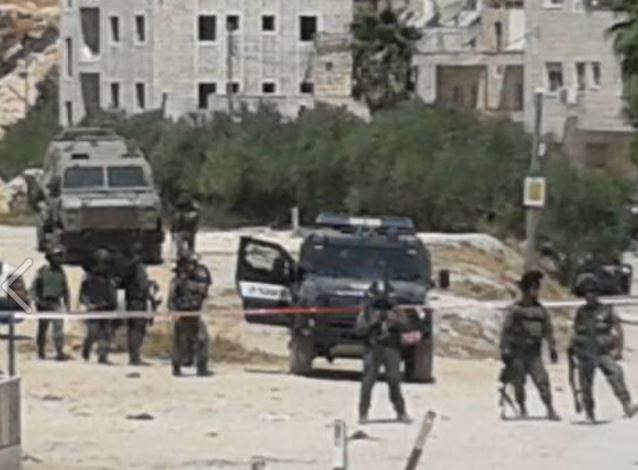 Israeli soldiers kidnapped, earlier on Saturday, a Palestinian child and a young man, in the southern West Bank city of Hebron, and Doura nearby town.Media sources said the soldiers invaded various neighborhoods in Hebron city, searched homes, and kidnapped a child, identified as Hasan Nash’at al-Batsh, 12 years of age.

Soldiers also invaded and searched several homes in Doura nearby town, and clashed with local youths before kidnapping a young man, identified as Rafat Abu Sbaa’, 23 years of age.

The sources added that the soldiers installed roadblocks on the main entrance of Sa’ir town, and on the Halhoul Bridge, before stopping and searching dozens of cars, and interrogated several Palestinians while inspecting their ID cards.

Earlier Saturday, a young man was was hospitalized after Israeli soldiers attacked him on the al-Hamra roadblock, in the West Bank, and two Palestinians were kidnapped on the Za’tara roadblock, south of the northern West Bank city of Nablus.

On Saturday at dawn, a young man was injured after a number of Israeli extremists assaulted him, in Hebron.