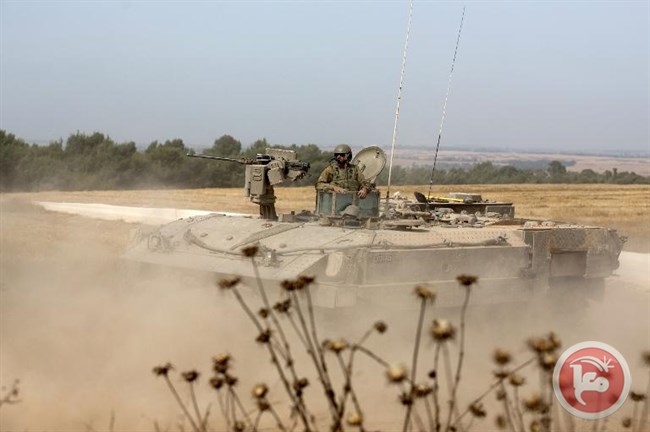 An Israeli army spokeswoman said that Israeli troops were on ‘routine security patrol’ when they ‘heard gunshots in close proximity.’

She said that the soldiers ‘responded with warning shots.’

She did not confirm that anyone was hit, but said that the incident was still under review.

On Monday, the Israeli army said it had arrested five Palestinians after they crossed the border fence and entered Israeli territory.

Through the day, the Israeli authorities closed the Kerem Shalom and Erez crossings with the Gaza Strip for the Jewish holiday of Rosh Hashanah.

The day before, witnesses said that Israeli forces exchanged gunfire with Palestinians near the border, although they said that the Palestinians only opened fire after they were shot at.

Israeli forces have repeatedly opened fire on Palestinians near the border since the ceasefire agreement signed Aug. 26, 2014 that ended a devastating 50-day Israeli military offensive against the Gaza Strip.

In July alone, the Palestinian Center for Human Rights counted 27 incidents of shootings, incursions into the territory, and arrests.

This included 18 shootings on land and at sea that left nine Palestinians injured, PCHR reported.