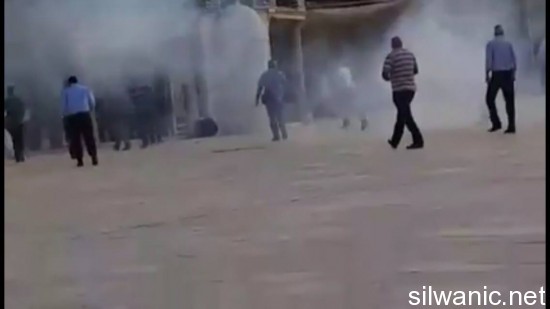 Israeli soldiers kidnapped, on Tuesday at night, a Palestinian child in the at-Tour town, in occupied East Jerusalem, and invaded various Palestinian communities in the city.The child, identified as Moath Sayyad, 13 years of age, was in the center of the village when the soldiers kidnapped him, and was later moved to the Police Station in Salaheddin Street.

The Palestinians were protesting the Israeli escalation and violations, and the ongoing invasions into the Al-Aqsa mosque.

The clashes escalated due to repeated invasions, carried out by soldiers and fanatic groups, into the Al-Aqsa Mosque, and the attempts to completely control the holy site.

On Tuesday evening, soldiers shot and injured nine Palestinians, including one who suffered a serious head injury,in the Qalandia refugee camp, north of Jerusalem.