Nine Injured Near Jerusalem, One Seriously 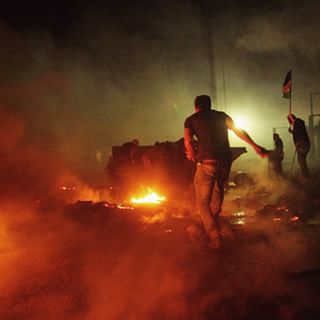 Palestinian medical sources have reported that a young man was shot in the head, and eight others suffered mild-to-moderate wounds, during Tuesday evening clashes with Israeli soldiers in the Qalandia refugee camp, north of Jerusalem.The army fired several rounds of live ammunition, in addition to rubber-coated steel bullets, and gas bombs at dozens of local youths who hurled stones, and Molotov cocktails, on them during the clashes.

Medical sources said the wounded Palestinians were shot with rubber-coated steel bullets, including the seriously injured young man, while many others suffered the effects of tear gas inhalation.

Jerusalem has been witnessing ongoing clashes in especially in the Al-Aqsa Mosque, due to escalating invasions by Israeli extremists and soldiers into the holy site, leading to dozens of injuries, and arrests, in addition to excessive damage and fires.