Many Palestinians Injured Near Jenin 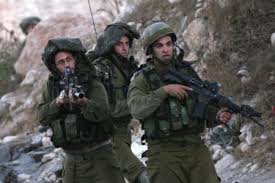 Israeli soldiers invaded, late at night Friday, the village of ‘Anin, west of the northern West Bank city of Jenin, clashed with local youths, and fired gas bombs at a number of homes, wounding seven Palestinians, including a child.The invasion into the Palestinian village led to sporadic clashes in a number of neighborhoods, media sources said.

The sources added that several army vehicles invaded the village after surrounding it, and fired gas bombs and concussion grenades, deliberately targeting homes, causing many residents to suffer the effects of tear gas inhalation.

Two of the wounded have been identified as Manal Fares Mahameed, and Amin Mohammad Issa, 7 years of age; they were moved to the Jenin governmental hospital for treatment.