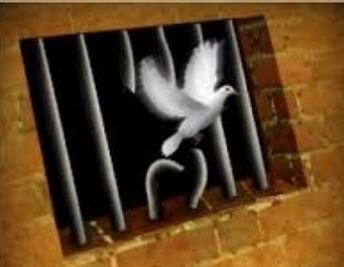 The head of the Palestinian Detainees Committee Issa Qaraqe warned, Sunday, that hunger striking detainee Rabea’ Jabarin is facing a very serious health condition, as Israeli continues to deny him access to adequate medical treatment.Qaraqe said the Israeli Prison Authority knows the seriousness of Jabarin’s health condition, especially since he suffers from Cirrhosis of the liver, but is not providing him with any medications.

Qaraqe added that Jabarin, 29 years of age from Teqoua’ town near Bethlehem, started the strike four days ago, and intends to continue, especially after the Prison Authority informed him it ‘cannot help him because they it does not have his medications,’ and is refusing to move him to a hospital.

‘This is an official decision to kill him, or at least let him die slowly,” he said, “They are refusing to hospitalize him, or even to provide him with the needed medications.’

The Palestinian official called on the International Red Cross to intervene, without any delay, and to send a physician to examine Jabarin, especially since he developed complications after his strike, including repeatedly throwing up, and inability to walk with balance.”

Rabea Jabarin is from Bethlehem; he was taken prisoner a month ago (August 19), and received a four-month Administrative Detention order, without charges or trial.

He is a former political prisoner who was released in 2012.

Jabarin is demanding to receive the urgently needed medications, and medical attention.

Also on Sunday, the Detainees Committee said that seven detainees went on hunger strike, in solidarity with the detainees who started their strike 31 days ago.