9 PA Officers Called Out for Excessive Use of Force (VIDEO) 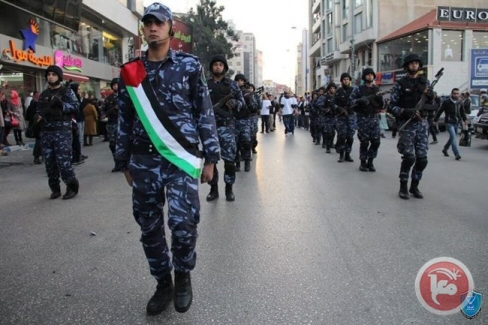 The commander of the Palestinian Authority’s security forces announced disciplinary action, on Sunday, against nine security officers, including five high-ranking officers who were involved in an attack on Palestinian civilians during a protest on Friday.Nidal Abu Dukhan said disciplinary action had been decided on after a fact-finding mission submitted its report on the incident to his office.

The attack came as PA forces violently dispersed a peaceful rally near al-Azza refugee camp in the southern West Bank city of Bethlehem on Friday, which was held in support of the Al-Aqsa Mosque compound.

The footage of the attack, which spread rapidly on social media, sparked uproar among residents against the excessive use of force by PA security on its own citizens.

Abu Dukhan said in a statement that as an outcome of the investigations, Col. Issam Nabhan, deputy commander of Bethlehem district, Lt. Col. Shahir al-Qaisi, deputy director of operations, Maj. Mahmoud Abu Mues commander of the sixth brigade, and Capt.Samih Yousif were all placed into provisional retirement.

Five other lower ranking officers have been sent to disciplinary jail for three months and have been forbidden promotion for one year.

PA and Israeli security forces have worked in coordination since the Oslo Accords in 1993, which planned for a gradual power transfer of the occupied West Bank from Israeli forces to the PA over a period of five years.

More than 20 years on, critics still accuse the PA of regularly aligning with and carrying out Israel’s interests and goals in the occupied West Bank.

Disproportionate use of force by PA security forces as well as lack of effective due process by Palestinian legal bodies has been regularly reported in the past.

Adnan Dmeiri, chief spokesman for the PA’s security forces, acknowledged that PA officers often seek to prevent Palestinians from approaching Israeli-controlled ‘seam zones’ in the occupied West Bank, but did not elaborate on further security coordination.

He told Ma’an that the teenager who was violently beaten on Friday would receive justice, noting that in 2014, PA officers were punished with imprisonment and disciplinary service after they were found guilty of violence against Palestinian citizens.

The Palestinian Independent Commission for Human Rights (ICHR) confirmed that ‘excessive force’ had been used against protesters Friday.

‘It was an evident use of excessive force against a peaceful gathering during which participants were attacked with stun grenades and rods,’ director of the group’s office in the southern West Bank Farid al-Atrash told Ma’an.

He urged the PA to investigate the attacks and is currently collecting complaints from those who were attacked during the rally.

‘As a Palestinian, I say that the president should immediately apologize to our people in the Azza Refugee Camp and should give orders to call to account those who gave the orders.’
‘This shameful farce must be stopped,’ added al-Atrash.