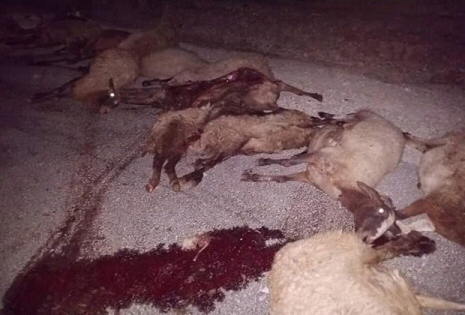 An Israeli settler ran over 40 lambs in the eastern part of the West Bank city of Nablus, on Tuesday evening.Owner Ayesh al-Da’ajneh said that one of his sons was taking care of the lambs as they were eating in a pasture at the edge of the city.

“The Israeli vehicle approached the lambs and my son raised a light sign in his face thinking the settler had taken the wrong side of the road,” Al-Da’ajneh said, according to Days of Palestine.

He continued: “The settler hit the lambs several times and my son, who was unarmed, could not stop him.”

Forty lambs, out of 300, were killed and at least 20 others were wounded.