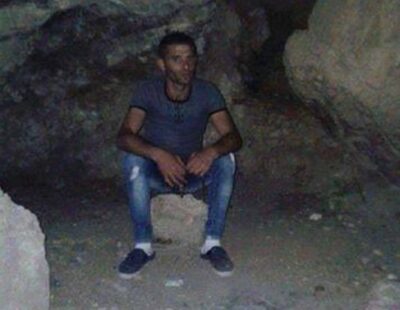 A Palestinian shot and critically injured by Israeli forces, at a military roadblock in eastern Nablus, in northern West Bank, last week, has died from his wounds on Thursday, medics said.

Medical sources told Ma’an News Agency that Ahmad Izzat Khatatbeh, 26, died from his wounds after being shot three times in the shoulder, chest, and abdomen at the Beit Forik checkpoint last Friday.

An Israeli army spokesperson said at the time that a Molotov cocktail was thrown at an Israeli army patrol in the area, near the illegal colony of Itamar, with soldiers responding by shooting a Palestinian suspect and detaining another.

Khatatbeh’s death comes a day after mourners marched en masse during the funeral of 18-year-old Hadeel al-Hashlamon, who was shot dead by Israeli forces on Wednesday at a Hebron roadblock.

Hadeel’s death had followed that of another Palestinian who was killed in a village outside Hebron by an explosive device he intended to throw at a military vehicle, the army said.

Some residents provided a similar account of the man’s death, while Palestinian security officials said the man, whom they identified as Dia al-Talahmeh, 21, had been shot dead by Israeli forces.

Khatatbeh’s death Thursday brings the total number of Palestinians killed by Israeli forces since the start of 2015 to 26, according to UN documentation.

The number does not include Palestinian deaths caused by Israeli settlers.