Israeli soldiers assaulted, Friday, the weekly nonviolent protest against the Annexation Wall and illegal Israeli settlements, in Bil’in village west of the central West Bank city of Ramallah, wounding two residents, while dozens suffered the effects of teargas inhalation.The Popular Committee against the Wall and Settlements in Bil’in has reported that the head of the Popular Resistance Coordination Committee Monther ‘Amira, and member of the Bil’in Local Council Bassem Yassin, were both shot in the head with gas bombs fired at them by the soldiers.

The Committee added that dozens of residents suffered the effects of teargas inhalation, and received the needed treatment by local medics.

The protesters marched from the center of the village, after Friday noon prayers, before the soldiers, who surrounded the entire area, started firing gas bombs, concussion grenades and rubber-coated steel bullets.

The Israeli gas bombs and concussion grenades also caused fires in Palestinian farmlands, and orchards, burning dozens of trees, including olive trees belonging to resident Mahmoud Abdul-Hadi Samara, in addition to olive and oak trees belonging to several many villagers.

Coordinator of the Popular Committee in Bil’in, Abdullah Abu Rahma, strongly denounced the Israeli escalation against the Palestinian people in the occupied territories, leading to the death of three Palestinians in less than a week.

He also denounced the military escalation against the Al-Aqsa Mosque in occupied Jerusalem, and the ongoing invasions into the holy site and its courtyards, by fanatic Israeli groups, while the army imposed severe restrictions on the entry of Palestinian worshipers into the mosque.

Also on Friday, many Palestinians, including a father and his child, were injured after the army invaded Kafr Qaddoum village, near the northern West Bank city of Qalqilia, and used excessive force against the protesters. 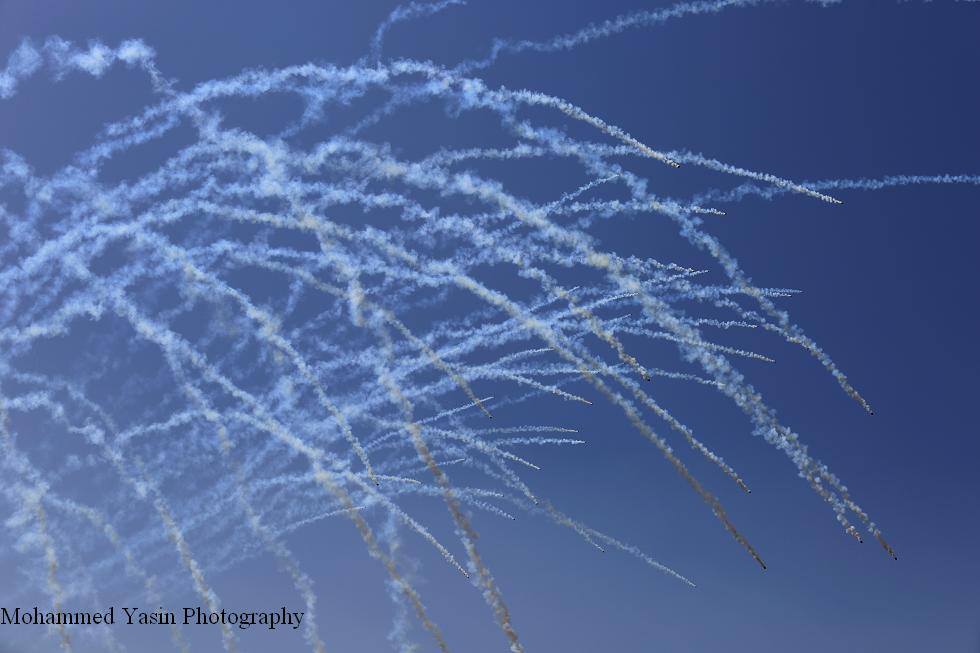 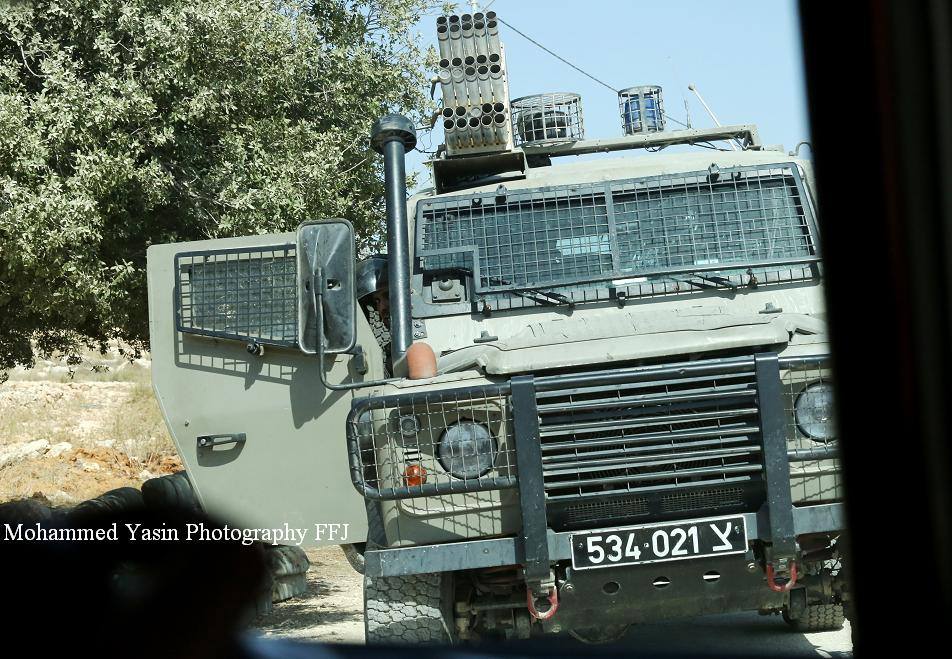 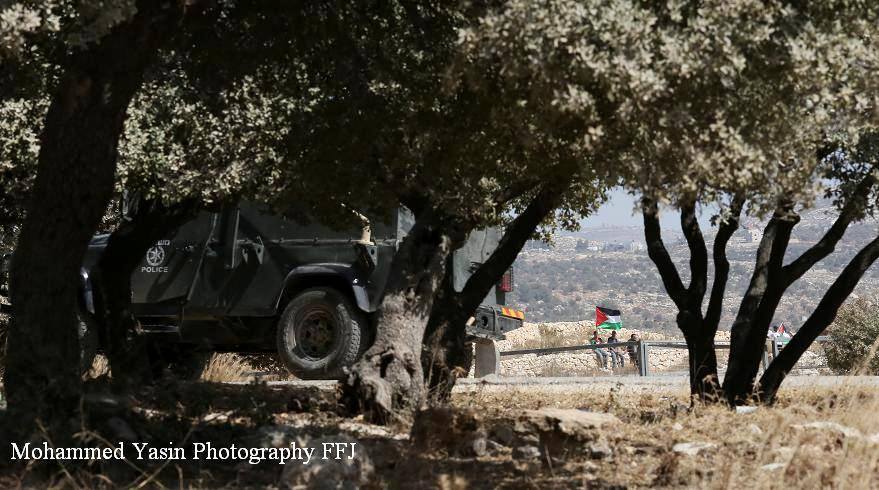