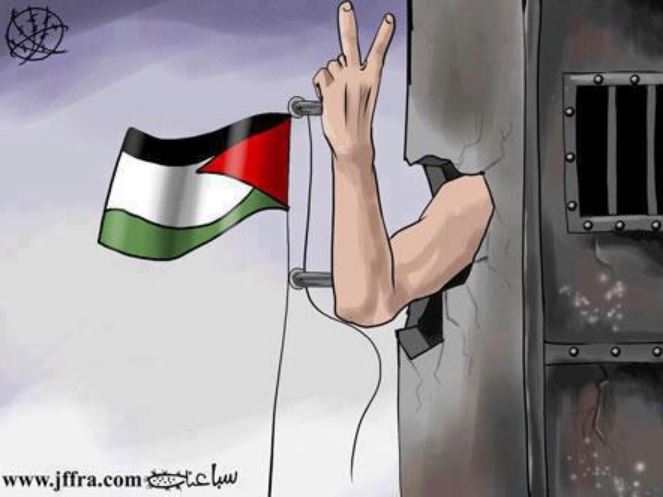 The Palestinian Detainees’ Committee has reported that the administration of the Ramla Israeli Prison Clinic continues to neglect the urgently needed care of ailing and wounded Palestinian detainees, an issue that puts their lives at a great risk of death.Lawyer Hanan al-Khatib of the Detainees’ Committee said there are twenty detainees, held in the Ramla Prison Clinic, that lacks basic equipment, supplies and specialists, providing the detainees with nothing more than painkilling pills.

‘About half of the detainees in the Ramla Prison Clinic are disabled and amputees,’ al-Khatib stated, ‘Some have cancer or other serious diseases that pose real threats to their lives.’

‘One of the detainees, Nahedh al-Aqra’ from Gaza, is serving a life term,’ Hanan added, ‘They amputated both of his legs because of a complete loss of blood circulation; he underwent four surgeries.’

She added that detainee Abu al-Hoda, 36 years of age from Nablus, takes ten painkilling pills a day, instead of receiving the needed medical care, especially since he is paralyzed due to a gunshot injury after a soldier shot him back in March of 2013, before he was taken prisoner.

She stated that detainee Daraghma, from the Qalandia refugee camp, north of occupied Jerusalem, is also paralyzed and was kidnapped on August 7 2014, yet, he remains held without charges.

Also on Wednesday, the Detainees’ Committee said that surgeons in the Hadassah Ein Karem Israeli Hospital, in occupied Jerusalem, have decided to amputate the leg of a wounded, and detained Palestinian child, identified as Issa ‘Adnan Abdul-Mo’ty, 13 years of age, who was shot by Israeli army fire prior to his abduction.

More than 1,500 detainees suffer from various diseases and health issues, largely resulting from the lack of medical attention, contaminated cells and rooms, torture and abuse, while many require surgeries while outside doctors not allowed to even examine them, much less treat their afflictions.

The Detainees’ Committee has documented 206 deaths since 1967, among them are 71 who died due to extreme torture, 54 due to lack of medical attention, 74 executed by the soldiers after their arrest, 7 were shot dead by soldiers and prison guards, in addition to dozens who died, following their release, of illnesses and diseases they suffered while imprisoned.