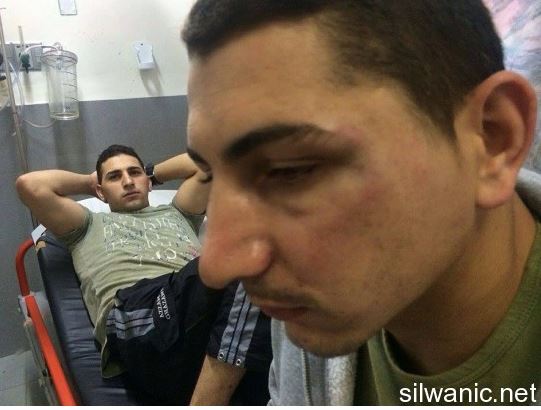 The soldiers cuffed Ali, blindfolded him, and took him to their vehicle without even allowing him to wear his shoes.

Members of the family said the soldiers fired rubber-coated steel bullets in their home, wounding Mohammad Khalil al-‘Abbassi, 23 years of age, in the leg while sitting in the living room.

They added that the soldiers also smashed the door of the family toilet room, while ‘Aaed al-‘Abbassi, 25, was using it, and repeatedly beat him.

The soldiers surrounded the entire property, and threatened to attack and kidnap any Palestinian who approaches it.

Silwanic stated that the soldiers kidnapped Mohammad Wa’el Da’na, 16, after invading and searching his family’s home, in Silwan.

In addition, soldiers stormed and violently searched homes in al-‘Isawiyya town, in Jerusalem, and kidnapped twelve young Palestinians, including children.

Silwanic said the soldiers detonated the main door of Tamer Oleyyan’s home, and attacked the family, before firing rubber-coated steel bullets in the property.

On Wednesday at night, soldiers kidnapped two Palestinians in the in Einabous village, south of the northern West Bank city of Nablus, and violently assaulted another Palestinian in Madama village south of Nablus.

Earlier Wednesday, soldiers kidnapped 15 Palestinians, including children, in occupied East Jerusalem, wounded one in Hebron and kidnapped a Third in Surif.

On Tuesday, soldiers handed a former political prisoner, identified as Salah Hammouri, a military order preventing him from entering the West Bank for six months.

Amjad Abu ‘Asab, head of the Jerusalem Detainees Committee, said the soldiers interrogated Hammouri in the al-Maskobiyya Interrogation Center in West Jerusalem, and handed him an order preventing him from entering the West Bank until March 21, 2016. 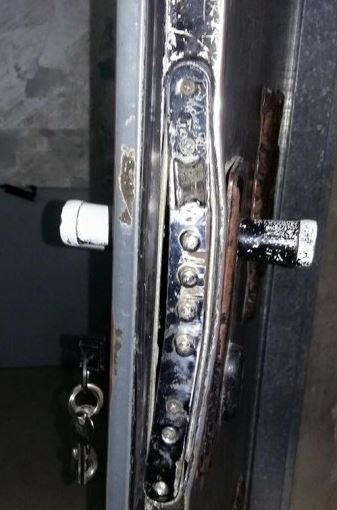