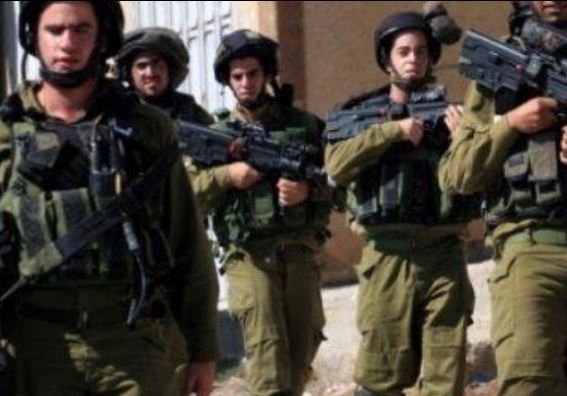 The Israeli army issued, Thursday, a military order occupying a Palestinian home in Halhoul town, north of Hebron, in the southern part of the occupied West Bank. The property owner lives in the United States.Media sources in Hebron said the soldiers occupied the home of Fathi Mohammad Mer’eb, in the northern part of Halhoul town, and that the illegally seized property is located next to the Karmie Tzur illegal colony, built in private Palestinian lands.

The sources said Mer’eb lives in the United States, and that the soldiers stormed the property while his nephew, Nidal Samih Karaja, was there, and handed him an order informing the family that the military will be ‘taking control of the property for military considerations.’

On Wednesday at night, soldiers kidnapped two Palestinians in the in Einabous village, south of the northern West Bank city of Nablus, and violently assaulted another Palestinian in Madama village south of Nablus.

Earlier Wednesday, soldiers kidnapped 15 Palestinians, including children, in occupied East Jerusalem, wounded one in Hebron and kidnapped a Third in Surif.

On Tuesday, soldiers handed a former political prisoner, identified as Salah Hammouri, a military ordered preventing him from entering the West Bank for six months.

Amjad Abu ‘Asab, head of the Jerusalem Detainees Committee, said the soldiers interrogated Hammouri in the al-Maskobiyya Interrogation Center in West Jerusalem, and handed him an order preventing him from entering the west Bank until March 21, 2016.