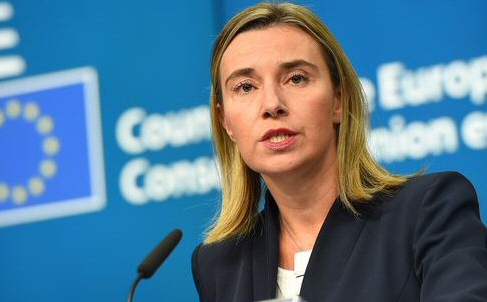 In the wake of rising tension and riots over the al-Aqsa mosque, as well as Abbas’s speech for the UN that he held on Wednesday, the Middle East Quartet has decided to revive the commencement of peace talks between Palestine and the Israeli occupying power.

The Quartet, consisting of the United Nations, the European Union, the United States, and Russia, has stated that the Palestinian-Israeli situation is not sustainable for any parties, and stresses the importance of both sides expressing a sincere commitment to the establishment of a two state-solution.

The most recent peace talks ended in April last year after nine months of fruitless negotiations. Now European foreign policy chief, Federica Mogherini, expresses the need for the Quartet to take concrete steps toward a solution: “We have decided to work together … on concrete steps on the ground in the absence of the peace process in the Middle East and have decided to reutilize the Quartet’s activities”, she says.

PNN further reports that France had been urging the creation of a more influential, international contact group, consisting of UN Security Council members, the European Union as well as Arab states in order to start the peace process once again, though initially, the plan was to push for a UN Security Council resolution. The proposal was abandoned due to little prospect of reaching consensus in the Security Council.