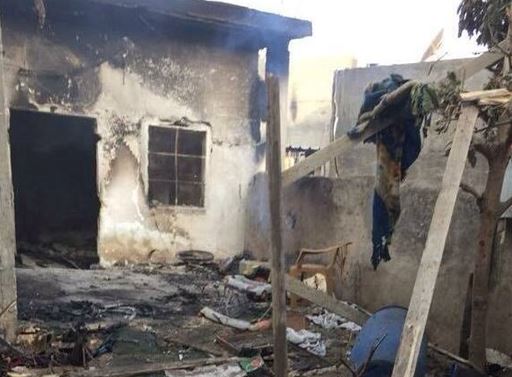 Palestinian medical sources in Jenin, in the northern part of the occupied West Bank, have reported that 27 Palestinians have been injured by Israeli army fire in the Jenin refugee camp, and three others were kidnapped, during clashes that took place after the soldiers surrounded a home, and fired shells at it.The WAFA Palestinian News Agency said the soldiers surrounded the home of Qais Sa’adi, a member of the Al-Qassam Brigades the armed wing of Hamas, and used loud speakers demanding him to surrender.

Three hours later, the soldiers fired a shell at the home, although they were not even sure he was there, causing heavy damage to the property.

The invasion was carried out by more than 40 armored Israeli military vehicles, leading to clashes with dozens of local youths.

Medical sources that 27 Palestinians were shot with live rounds, and rubber-coated steel bullets, while many residents suffered the effects of tear gas inhalation. Most most of the wounded were shot in the lower parts of their bodies.

In addition, Palestinian armed resistance fighters exchanged fire with the invading Israeli forces, while the soldiers also invaded homes, including a residential building, and violently searched them.

After failing to locate Sa’adi, the soldiers kidnapped three Palestinians, including his brother, and withdrew from the refugee camp.

On Sunday morning, the army surrounded Jenin city, and invaded several neighborhoods, before breaking into and searching homes.

The soldiers also installed a roadblock on the Ya’bad-Jenin road, and invaded the towns of Sielet al-Harethiyya, ‘Arraba, Ya’bad, and al-Yamoun.

Dozens of Israeli settlers gathered near Mabo Dothan junction, in addition to the outskirts of Ya’bad town, Barta’a Street, and the main road that links Ya’bad with Barta’a.

In related news, soldiers invaded the northern West Bank city of Nablus, and kidnapped three Palestinians, including a patient receiving treatment in a local hospital.

The soldiers invaded the homes of Zeid ‘Amr, 26, and Aseed Sadeq, 24, and kidnapped them, while undercover forces infiltrated into the Al-Arabi Specialized Hospital, and kidnapped a patient identified as Karam al-Masri, 23.