Palestinian Shot to Death by Israeli Police In Jerusalem 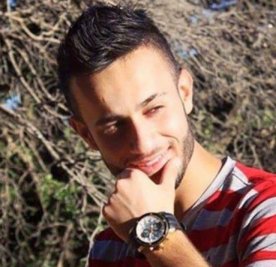 Israeli soldiers shot and killed, on Sunday at dawn, a Palestinian teenager in the al-Misrara area, in Bab al-Amoud in occupied east Jerusalem. The Israeli army claimed that the slain Palestinian stabbed an Israeli teen, causing moderate wounds, but witnesses challenged that account.

The slain Palestinian has been identified as Fadi Samir ‘Alloun, 19 years of age. Eyewitnesses said the soldiers fired more than ten live rounds at the Palestinian, after chasing him.

After the Palestinian was shot, and lying motionless on the ground, several Israelis approached him, and started kicking him while shouting and cursing at him.

Israeli daily, Haaretz, said a Jewish teen, 15 years of age, suffered moderate wounds from a stabbing, and was transferred to the Shaare Zedek Medical Center, suffering stab injuries to his back and chest. But it was unclear if there was any connection between that stabbing and Fadi ‘Alloun.

On Saturday during the day, Israeli soldiers shot and killed Mohannad Shafiq Halabi, 19 years of age, who stabbed an armed Israeli, then shot several others after grabbing the gun from the man he stabbed.