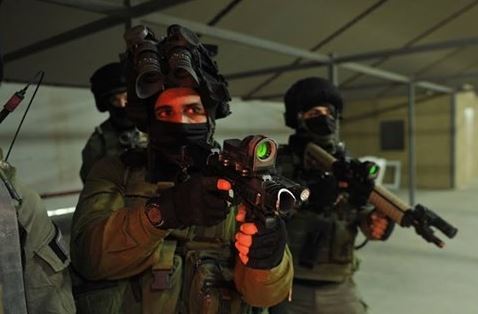 Palestinian Health Minister, Dr. Jawad Awwad, strongly denounced the abduction of a patient by undercover Israeli soldiers who stormed the Specialized Arab Hospital in the northern West Bank city of Nablus, and kidnapped a patient.The soldiers also disabled surveillance cameras in the hospital.

Awwad said the soldiers kidnapped Karam al-Masri, 23, on Sunday at dawn, in direct violation of every international human rights agreement, and added that this act was another clear Israeli message to the world that it does not respect any international agreement.

The official demanded the International Community and all Human Rights organizations to act, and end the Israeli aggression, and ongoing violations.

The kidnapped Palestinian patient is an engineer; he was admitted two days ago.

The undercover forces withdrew taking the patient with them, while regular units secured their retreat out of the city.

In addition, soldiers kidnapped Ziad Amer, after invading his home in Mo’ta Street in Nablus, and searched his home and store.