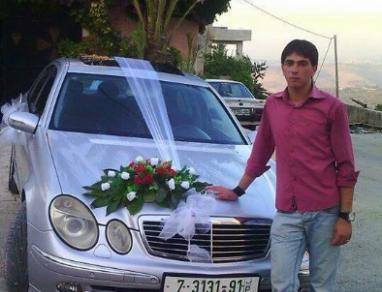 On Sunday at night, a Palestinian teen identified as Hotheifa Othman Suleiman, 18 years of age, died of a serious injury he suffered earlier when Israeli soldiers shot him in the abdomen, during clashes that took place near the Nitzani roadblock, west of the northern West Bank city of Tulkarem.Eyewitnesses said that residents of Bal’a village, near Tulkarem, clashed with Israeli troops at the military roadblock, located outside the village.

The army fired live rounds, rubber-coated steel bullets and tear gas at the Palestinians, as protests continue across the West Bank and Jerusalem, against the ongoing Israeli escalation and violations.

Hotheifa was injured in his chest and was moved to Thabet Thabet Hospital, where he died of his serious wounds. Surgeons performed an urgent surgery in an attempt to save his life, but he succumbed to his wounds.

One of the wounded Palestinians, 19 years of age, was shot with a live round in his thigh, and another Palestinian was shot in the abdomen.

Hundreds of Palestinians marched to the hospital while chanting against the ongoing Israeli occupation and oppression.

On Sunday at dawn, Israeli soldiers shot and killed a Palestinian teenager in the al-Misrara area, in Bab al-Amoud in occupied east Jerusalem.

On Saturday, the Israeli Police killed a Palestinian teen after he allegedly stabbed to death an armed Israeli, then grabbed the gun of a settler who intervened and killed an additional person and wounded two others in the Old City of Jerusalem.