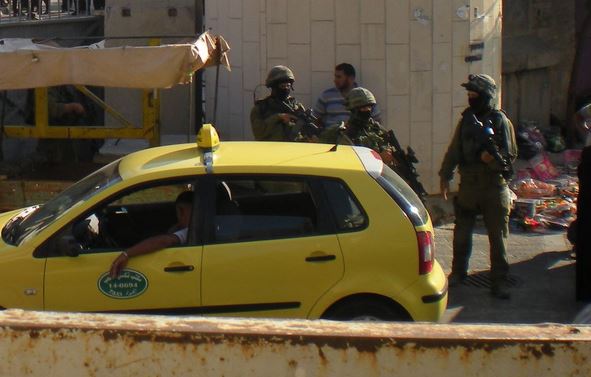 The soldiers also invaded the al-Fawwar refugee camp, and kidnapped Ahmad Samir Hosniyya, 21, while Anan al-Kawamla, Yousef at-Teety, 19, and his brother Naseem, 13, were kidnapped in the al-‚ÄėArroub refugee camp.

In addition, a teenager identified as Mo‚Äôtasem Suleiman Sharawna, 17, was kidnapped from his home in Doura town, south of Hebron.

Meanwhile, coordinator of the Popular Committee against the Wall and Settlements, Mohammad Awad, said the dozens of soldiers invaded his hometown, Beit Ummar north of Hebron, searched dozens of homes and kidnapped seven Palestinians.

Awad added that the soldiers also distributed leaflets that contained direct threats to the residents of Halhoul and Beit Ummar, informing them of ‘dire consequences should the local youths continue to throw stones and Molotov cocktails on army and settlers‚Äô vehicles.’

« VIDEO: What Was Abdul-Rahman Doing in the Last Few Minutes of His Life? Eleven Palestinians, Including Children, Kidnapped In Jerusalem And Nablus »