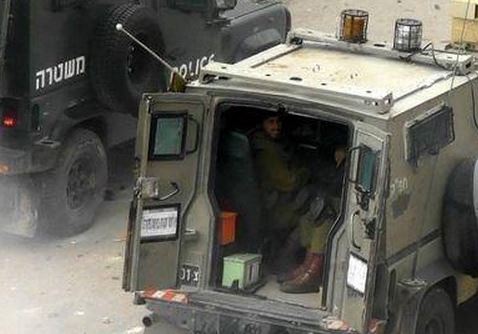 Palestinian medical sources have reported that two residents were shot and wounded, one of them suffered a serious injury, during clashes with Israeli soldiers and armed settlers, east of the West Bank city of Bethlehem.Local sources said the clashes took place near Beit Sahour Bridge area, close to Dar Salah village, when armed Israeli extremists and soldiers invade it.

The soldiers fired rounds of live ammunition and rubber-coated steel bullets, seriously wounding Mojahed Naim Abu Sarhan, 18 years of age, with a live round in his chest.

Abu Sarhan received stabilization treatment by local medics, and was rushed to a hospital due to the seriousness of his wounds.

In addition, a young man was shot with a rubber-coated steel bullet in one of his legs, and received treatment by Red Crescent medics.