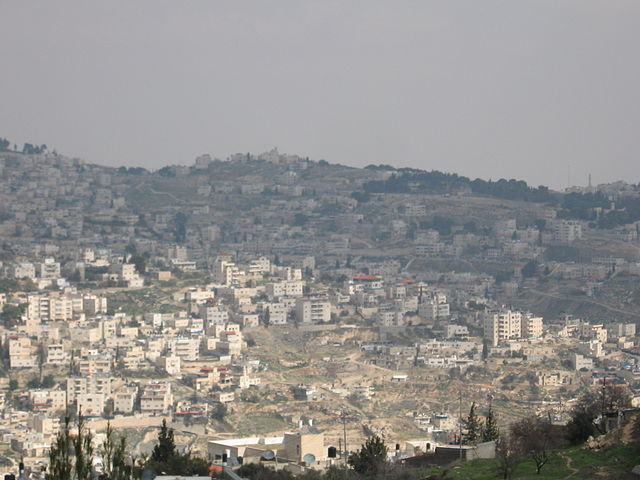 On 13 October 2015, an Israeli paramilitary settler fired 3 bullets at Alaa Abu Jamal (33), from al-Mukaber Mountain, southeast of occupied East Jerusalem, at a bus stop on ‘Malkhei Yisrael’ Street in West Jerusalem, after Abu Jamal hit an Israeli pedestrian with his vehicle, then got out and stabbed the man. Three Israelis were killed in a separate attack on a bus in West Jerusalem.An Israeli Border Guard officer arrived on the scene, and began to approach the wounded Abu Jamal to arrest him, and the armed Israeli civilian again shot Abu Jamal, this time in the back.

The Israeli who was killed in the stabbing was identified as Rabbi Yeshayahu Krishevsky, 60.

Abu Jamal was an employee of the Israeli Bezeq phone company.

In a separate incident, a Palestinian was killed in West Jerusalem on 13 October 2015 when he and another man allegedly attacked passengers on a bus, killing three. The Palestinian who was killed was identified as Baha’ Mohammad Elian, 22, from al-Mukaber Mountain, southeast of East Jerusalem.

Belal Ghanem, 23, was wounded in the same incident. Both men are from Jabal al-Mukaber village, southeast of Jerusalem.

Three Israelis were killed in the attack on the bus, in which one of the Palestinians is alleged to have grabbed a gun from an Israeli passenger and began shooting.

They were identified as Alon Andrei Govberg, 51, Haviv Haim, 78, and Richard Lakin, 76, an American citizen living in Israel, who died of his wounds several days after the attack.

Elayan was killed by numerous gunshots, and Ghanem was badly wounded, and taken to an Israeli hospital.

Two Palestinians were killed after allegedly attacking Israeli civilians on a bus in Armon HaNatziv, in central Israel, killing two Israelis and wounding 18.

Israeli authorities are investigating a possible second attack in Ra’anana – but it may just have been separate reports of the same attack.

A third alleged attack by a Palestinian against Israelis remains uncertain – the incident may just have been a traffic accident, despite Israeli claims that the Palestinian driver deliberately drove his car into an Israeli one.

The two attacks on Israelis on Tuesday follow three alleged attacks that took place on Monday in which 6 Israelis were wounded and three alleged Palestinian attackers were killed. Another Palestinian boy, a 13-year old child, was seriously wounded, and while the Israeli military claimed that the boy was involved in an attack against Israelis, he had no weapon and eyewitnesses contradicted this claim.

In a separate attack on Tuesday morning, a 22-year old Palestinian man allegedly stabbed a 32-year old Israeli just before 9 am near the bus station in the Israeli city of Ra’anana. The Palestinian was then shot by several Israeli bystanders and critically injured.

Following the two attacks on Tuesday, Israeli Jerusalem Mayor Nir Barkat declared a closure of all Palestinian areas in the city, and a lockdown on all of the Israeli-established border crossings through the Israeli Annexation Wall into the West Bank.

Barkat stated, ‘We shouldn’t allow them to enter … the lives of the residents of Jerusalem are more important than anything else.’

While there has been an upsurge in violence in recent weeks, it is still largely Palestinian civilians who are the most impacted – more than 1400 have been wounded and 29 killed since October 1st. 4 Israelis have been killed and 25 wounded in that time period, all of them by Palestinian ‘lone wolf’ attackers.