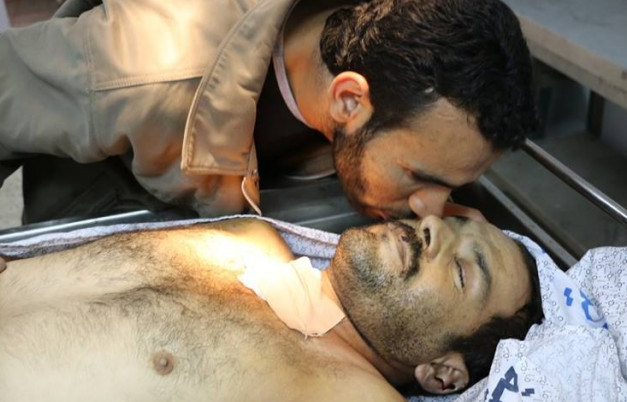 He was shot near the Beit Hanoun (Erez) Terminal in northern Gaza, while dozens of Palestinians were wounded.

The Ministry said 35 Palestinians have been killed, and more than 1350 have been injured since the beginning of this Month.

It added that twelve Palestinians, including a mother and her baby, were killed in the Gaza Strip, while 328 have been injured, 171 of them with live rounds.

As for the 1350 Palestinians who were wounded, the Ministry said that 600 of them were shot with live rounds, and around 600 others with rubber-coated steel bullets, while the rest were beaten up by soldiers and Israeli settlers.