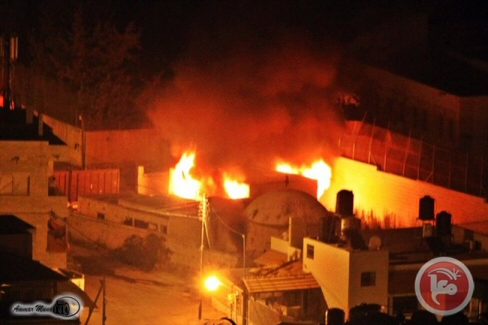 Palestinian youths set fire to Joseph’s Tomb in Nablus, overnight Friday, after throwing Molotov cocktails at the holy site, locals said.Palestinian Authority police and fire brigades arrived at the scene and extinguished the flames. PA security forces said, according to Ma’an, that they would open an investigation into the incident.

The tomb is the site of frequent visits by Israelis, who are escorted by Israeli military forces to the area, often leading to clashes with local Palestinians.

Under the 1993 Oslo Accords, the site was to remain under Israeli control. But the Israeli army evacuated the premises in October 2000 shortly after the start of the Second Intifada, and it was immediately damaged and burnt by Palestinians.

Joseph’s Tomb is revered by Jews, Muslims, Christians and Samaritans.