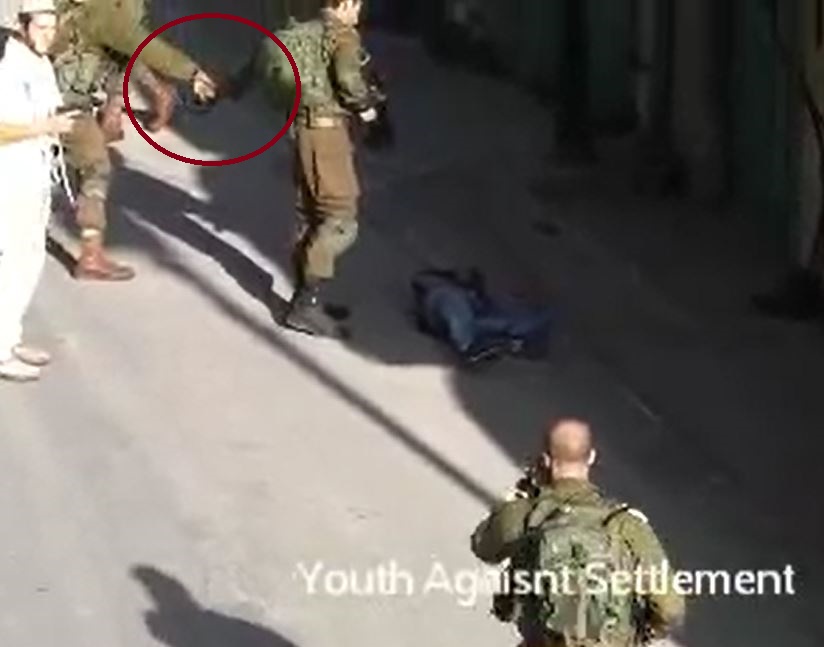 The Youth Against Settlements Coalition in Hebron, in the southern part of the occupied West Bank, published a video of the fatal shooting a Palestinian youth on the hands of an armed Israeli paramilitary settler, and showing a soldier placing a sharp object next to the dead Palestinian teen.The 18-year-old victim was identified as Fadel al-Qawasmi, 18, medical sources confirmed.

The video shows a soldier handing his officer what appears to be a knife, who in turn places it near the head of the slain Palestinian, in what seems to be an attempt to claim they shot him “after he attempted to stab them.”

The coalition posed a question about the military claim that the teen carried a knife, especially since the fatal shooting took place in an area of Hebron where no Palestinian can enter without being searched, and examined by a metal detection machine, and has to go through iron gates manned by several soldiers.

It added that al-Qawasmi is not from the isolated Palestinian neighborhood, and has to go through all the Israeli security measures, searches and metal detection machines before entering it.

On Friday, Israeli soldiers killed five Palestinians, and wounded around 300 others, in different parts of occupied Palestine.