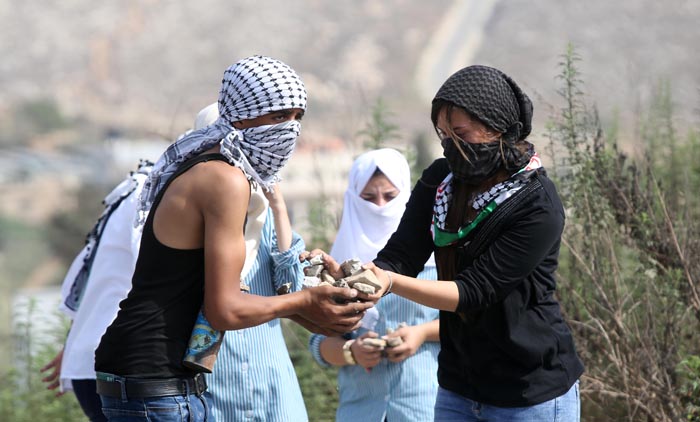 On Tuesday afternoon, Hamza Mousa Al Amllah, 25, was shoot dead, after his car ran into a soldier and a civilian. The incident happened at the Gush Eztion Junction toward Jerusalem in the southern West Bank. Israeli media has reported that the car smashed into the two pedestrians before hitting a concrete barrier. It was alleged that Al Amllah got out of the car with a knife in his hand, before a soldier from the Kfir Brigade opened fire, shooting him fatally in the head.

Moreover, Israeli soldiers shot and killed, on Tuesday before noon, Odai Hashem al-Masalma, 24 years of age in Beit ‘Awwa town, southwest of the southern West Bank city of Hebron. he sources added that a soldier shot al-Masalma in the back of his head from a very close distance, and that the bullet exited through his face. Soldiers also fired several live rounds at the Palestinian, especially his legs.

In the Gaza Strip, Israeli forces shot and killed a Palestinian, and injured nine others with live fire on Tuesday, during clashes on the border of the northern and central Gaza Strip. Ahmad al-Sarhi, 27, was shot dead east of the al-Bureij refugee camp. Six others were injured with live fire. In northern Gaza, eight Palestinians were injured near the Erez crossing. Three Palestinians were shot and injured with live fire and five others suffered injuries from tear gas, at least one of which was hit with a tear gas canister.

Moreover, 206 Palestinians have been injured on Tuesday during ongoing clashes between local youth and invading Israeli soldiers in West Bank communities, Palestinian sources reported. Clashes were reported in the central West Bank city of Ramallah, Nablus and Qalqilia in northern West Bank, and in the southern West Bank cities of Bethlehem and Hebron.

The Palestinian Red Crescent Society said that 16 youth were injured by Israeli troops live gunfire, 28 by rubber-coated steel bullets, and 165 were treated for the effects of tear gas inhalation.