Two Children Injured In Nablus And Jenin, One Palestinian Kidnapped 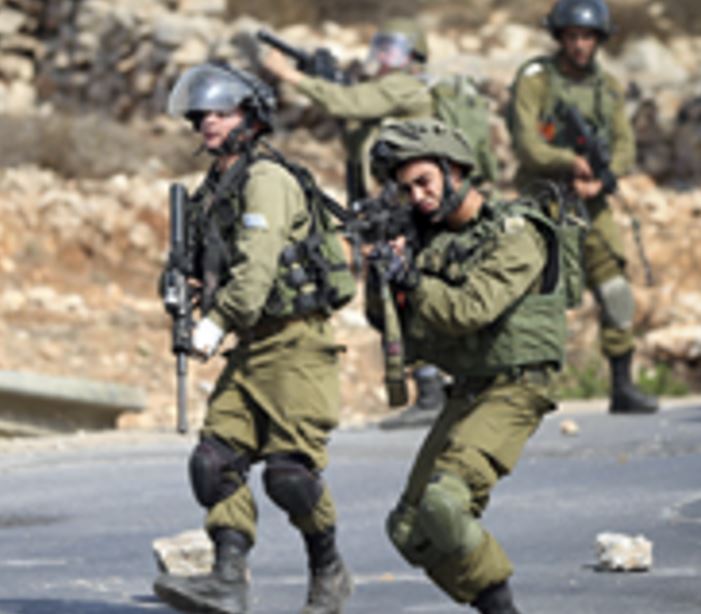 Israeli soldiers shot and injured, on Wednesday morning, a Palestinian child near the Yitzhar illegal colony, south of the northern West Bank city of Nablus. Child injured after settlers attacked him near Jenin, while Israeli soldiers have kidnapped a young man in Ya’bad nearby town.Ghassan Daghlas, in charge of Israeli Settlements File at the Palestinian Authority in the northern part of the occupied West Bank, said the soldiers opened fire on a girl, identified as Estabraq Ahmad Nour, 15 years of age, near the Yitzhar settlement, south of Nablus.

Daghlas said the wounded child suffered a moderate injury, and was moved to an Israeli hospital for treatment.

The Israeli army claimed the child “carried a knife, and intended to attack settlers in Yitzhar,” adding that the soldiers “chased he after she stood nearly 10 meters away from the settlement fence.”

She was shot approximately 300 meters away from the location.

In related news, a child identified as Saqr Mahmoud Herzallah, 14 years of age, suffered various cuts and bruises after being attacked by a number of Israeli extremists, near his village, Ya’bad, southwest of the northern West Bank city of Jenin.

Local sources said the extremists came from Mabo Dothan illegal colony, and attacked and child and her friends while picking Palestinian olive trees, close to the settlement.

In addition, soldiers kidnapped a Palestinian, identified as Mustafa Sammoudi, 23 years of age, after storming his home and searching it, in the al-Yamoun town, west of Jenin.